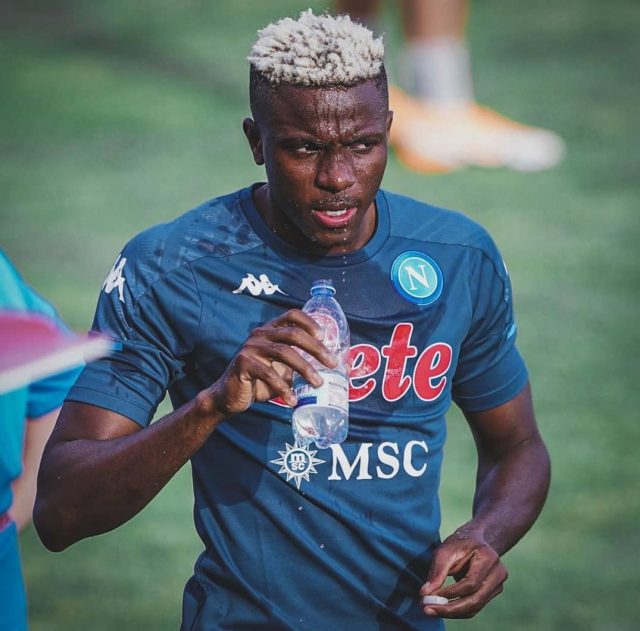 The 2019/2020 season was a strange one for reasons we all know, and we look forward to what promises to be an exciting follow up 2020/2021 season. Some leagues across the globe have commenced, and others are about to. The list could have been much longer but here, let’s take a look at 5 Nigerian players to keep an eye on in the new football calendar.

Remember Tyronne Ebuehi, eh? Well, if you do – Kudos to you! The last two years have been sore for Ebuehi that he admitted fears of his career-ending so early due to injuries.

Tyronne Ebuehi joined Benfica on a free transfer before the 2018 World Cup. His two years in Portugal have been plagued by injuries that have seen him fail to make his official debut for the club.

Ebuehi will spend the new season on loan at FC Twente with hopes of re-igniting his career. A prosperous campaign might see him get another chance with Benfica (unlikely) or return to the plans of the national team coach. Either case is a win for Ebuehi.

If there is one area of the pitch where Nigeria truly lack in quality and quantity, it has to be the goalkeeping department. In Maduka Okoye Nigeria have a promising young goalkeeper albeit unproven in first-team football.

Maduka joined Eredevisie club Sparta Rotterdam this summer on a two-year deal. The 20-year-old goalkeeper, who was born to a Nigerian father and a German mother made the move to Netherlands after his contract with Fortuna Dusseldorf had expired.

The no.1 jersey of the Super Eagles is up for grabs, and Maduka Okoye has stakes to claim. He already made his debut against Brazil last year. An impressive season in the Eredevisie will certainly earn him more caps.

Zaidu Sanusi has spent all his professional career so far in Portugal. His eye-catching performances for Santa Clara last season earned him a big move to Portuguese champions FC Porto.

Sanusi is yet to receive a national team call up but it is only a matter of time. If he settles in well at Porto, expect the 23-year-old to battle Jamilu Collins for the Super Eagles left-back spot.

An unknown quantity in the national team fold but don’t be fooled with his omission. It is a matter of when and not if Chidera Ejuke would be called up to represent the national side.

Chidera Ejuke is a joy to watch and with all the flair and fancy footwork, he has numbers to back up. He scored 9 goals along with 4 assists in 25 league appearances for SC Heerenveen last season. €12m later and he has joined Russian giants CSKA Moscow. The Russian league isn’t ready for what is coming. Watch out for this trickery winger.

Nigeria’s great hope. Victor Osimhen’s move to Napoli is just the next step in what promises to be a remarkable career for the player who is still only 21. What happens in this step will go a long way in defining his career trajectory. No pressures then.

I need help to return to entertainment, not what to eat — Chief Kanran – Punch Newspapers